While not official, anything about Obamacare is pretty much moot at this point which make this chapter, from my book BURST!, pretty much obsolete. At least to a certain extent. Rather than can the entire thing altogether, I thought I’d share it here in its entirety.

One of my biggest pet peeves with “Obamacare” is that people think it’s called “Obamacare.”

It’s not “Obamacare.” “Obamacare” does not exist.

Unfortunately, the media latched on to the monicker and now the general public thinks that’s a thing.

It’s not. OBAMACARE DOES NOT EXIST!!”

But The Affordable Healthcare Act does and be happy about it because it might save you.

(NOTE: the following explanation was the experience that we went through in 2014. Things might have changed and you might have a different experience. Take everything in this chapter as a starting point for your own research.)

This is gonna get messy, so buckle in and take notes…

At the time Cheryl entered the hospital, she did not have insurance.

Now… before The Affordable Healthcare Act, applying for insurance AFTER an aneurysm would have been impossible. Every insurance company would have denied her because an Aneurysm is a “preexisting condition.”

Just to put things in perspective, for 30 days in the hospital, without insurance it cost roughly $685,000.

Cheryl spent 127 days in 3 different facilities. Do the math on that one. 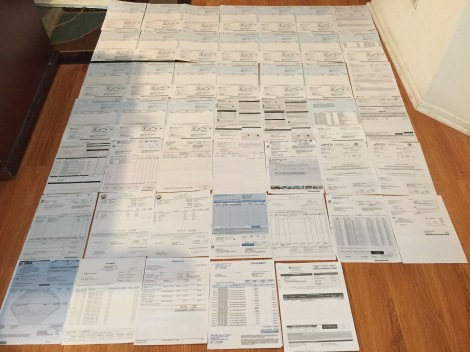 Cheryl’s bills after she came home. Totaling over a million dollars.

For those of you that remember, this was the dreaded healthcare.gov website that didn’t work for the first 6 months of its inception.

If you’re new to the insurance game, let’s go over a couple of basics:

This is the enrollment period in which you are able to apply for health insurance. This usually happens once per year around the end of the year.

When we are going through our ordeal, they were still sorting out the healthcare.gov debacle and open enrollment was like a year long period. So we were covered. It’s my understanding that’s not the case now and you have to apply during the official open enrollment period.

That is, unless you qualify for a LIFE EVENT.

This is pretty self explanatory. If you have no insurance and then something happens to you: BOOM! You qualify and can apply for insurance outside of the open enrollment period.

Going about your day then having an aneurysm burst in your brain, definitely falls under the category of a “life event.”

It’s important to understand the TIMING OF ENROLLMENT as well.

The month is divided into two halves. Everything before the 15th and everything after the 15th.

We applied after the 15th so Cheryl didn’t get insurance until April 1st. Hence the 685,000 dollar hospital bill for the month of March, when she wasn’t covered.

Okay, moving on… The Affordable Healthcare Act is a federal level bill. Which means every state has to adhere to it… in their own way.

If you go to healthcare.gov and enter your state, you’ll be transferred to your state’s healthcare website.

The quality of the state’s website depends on what state you live in. We’re in California, so they kind of had their shit together better than most.

Here’s another pet peeve of mine. People who say:

“Obamacare is free healthcare that MY taxes pay for!”

Wrong. So so so wrong.

First of all , it’s not free healthcare. At all.

Here’s the deal… The Affordable Healthcare Act provides SUBSIDIES to low income households depending on the yearly income of THAT household.

And you can’t lie because it’s based on your submitted tax returns from the previous year.

BUT YOU STILL HAVE TO PAY!!

Cheryl after she came out of the coma.

If you make TOO much money, then all you can do is apply for the plans that are made available to you through the insurance companies that are contracted with your state.

Blue Cross is a company that provides health insurance to millions.

They have contracts with companies, hospitals and other health related facilities all over the country.

When The Affordable Health Care Act was passed, Blue Cross (as a company) signed up with the federal and state government to offer plans to individuals who sign up for insurance on healthcare.gov.

If you already have healthcare through Blue Cross via your job, then you’re good and don’t count. We’ll talk about you when we get into dealing with the insurance company.

For now, this is JUST for people who don’t have health insurance from employment. As many of you know, just because you have a job, does’t mean they offer you health insurance.

Okay. Blue Cross has signed up with the government and said “we’re going to offer THESE plans to individuals and families at THESE prices, via healthcare.gov.” The government (state and federal) says, “Cool. We’ll pay part of the tab for people who need it.”

You go onto healthcare.gov and get routed to your state. You enter in ALL of your information, including your income and click “send.”

Healthcare.gov comes back and says, you are eligible for THESE plans, at THESE prices based on your income.

All of which have dollar amounts attached to them. EVEN IF YOU’RE POOR!

The only real way to get truly free healthcare is to be unemployed with ZERO income. Otherwise, you’re going to have to pay something.

If your income is low enough, you might be able to be qualified for a subsidy, which is essentially money from the government to help you pay for the monthly cost of health insurance, but for now, let’s table that and assume that you make TOO much money to qualify for a subsidy.

There’s a list of plans in front of you, all with dollar amounts attached to them, which do you choose?

Let’s stick with Blue Cross. Their plan structure is fairly simple to follow. Bronze is the lowest, Platinum is the highest and Silver and Gold round out the middle.

Each plan offers the same amount of coverage, only the percentages change. For example, the co-pay on prescriptions for the bronze might be 25 dollars, whereas the co-pay with the platinum plan is only 5 dollars.

The more you pay, the cheaper the shit you get is.

YOU ARE GOING TO HAVE TO RESEARCH EACH PLAN CLOSELY TO SEE WHICH ONE BEST SUITES YOUR NEEDS!

Why do I say this? Okay, well let’s say you pick the cheapest plan, which is… let’s say 150 bucks a month, because you want to save money. Cool. But the cheapest plan only pays 20% of the cost of a CT scan. Which means 80% is on YOU.

Finally out of the ICU.

aneurysm or both? Well they’re going to have about a zillion CT scans. And they’re not cheap. So 80% of the cost of a CT scan times a zillion.

Not really saving money, are you?

Let’s say you pick the most expensive insurance which is, hmmm… 500 bucks a month. This plan is more per month, but it covers 90% of CT scans. 10% the cost of a CT scan times a zillion is a LOT cheaper than the other plan.

IMPORTANT! You can always change into a lower plan at a later date, as long as you do so within an open enrollment period! (or, God forbid, suffer another life change.)

Does your brain hurt yet? Trust me, I understand. Grab a coffee, let that sink in, then come back and let’s talk subsidies.

You’re back! That was fast. Alright, ready? Cool. Where were we? Right, subsidies.

Okay, now, let’s say you qualify for a subsidy. As I already said, a subsidy is money from the government to help lower the cost of health insurance.

How does that work? Let’s go back to the top. You go onto the website, get routed to your state website, put in all your information including your income and click send.

CONGRATS! You qualify for a subsidy. Great. Depending on what your income level is dictates the size of your subsidy.

For the sake of this example, let’s say that you qualify for a 100 dollar subsidy.

After you accept the subsidy you’re going to get the list of insurance companies and the plans that they offer WITH A SUBSIDY. They might not be the same plans or have the same names.

Let’s go back to Blue Cross. While the plan structure is simple (Bronze, Silver, Gold and Platinum) what changes is the number that follows.

Let’s say, a “regular plan” is listed as the Platinum 90 plan. The same exact plan, but with the subsidy attached, is now titled the Platinum 93 plan.

To stay in the example, let’s say the Platinum 90 plan costs 500 bucks a month. The Platinum 93 plan will cost $500 minus the $100 subsidy you get from the government. So the cost of your Platinum plan is now 400 bucks.

You never see that $100. Because Blue Cross signed up with the government to offer these plans, they get the 100 straight from Washington and the other $400 from you.

Obviously, if you went with the lower plan, you would pay even less. The bronze for example, depending on the subsidy could only cost you 30-50 bucks a month. Might not be the best plan for you in your current situation, but if you work at a job that doesn’t offer you health insurance, might be something you’re going to want to look into.

IMPORTANT! IF YOU QUALIFY FOR A SUBSIDY, YOU MUST FILE YOUR TAXES EVERY YEAR. IF YOU DON’T YOU MAY LOSE YOUR SUBSIDY!

The point here is this: You still have to pay. Nothing is free. Don’t believe the hype that Fox News dumps into the ether. 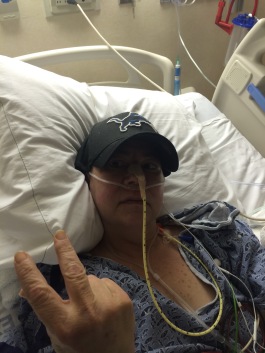 She wasn’t totally wiped clean, she could still goof off.

Cheryl, at the time of her “life event,” was receiving alimony from her divorce. She also had a programming job and worked from home. These two combined “sources of income” meant that she made too much money to qualify for ANY subsidy.

Thus, we were going to have to pay full price for whatever plan we chose.

After looking through everything, we opted for the Platinum Plan through Blue Cross and yes, it was $500 dollars a month. I tell you this because it’s going to play a much larger role in the near future and I’ll be referring to this moment often.

Did we make a mistake choosing the highest plan? I don’t think so. I don’t regret it and I have to also be honest by saying, we would have been in a much larger financial hole had we not.

BUT, mistakes we made. Misunderstandings occurred. The information I have outlined for you here is the result of those mistakes. Had I known then, what I know now?

Well, you get the idea.

Unfortunately, this isn’t going to be the last chapter that deals with insurance. It’s an evil empire, as you will soon discover and it doesn’t matter who you choose or what you do, they’re all horrible.

All I can say is this: Do the best that you can and be prepared to fight long and hard. Cause you’re gonna have to.

One response to ““OBAMACARE” SAVES THE DAY…” 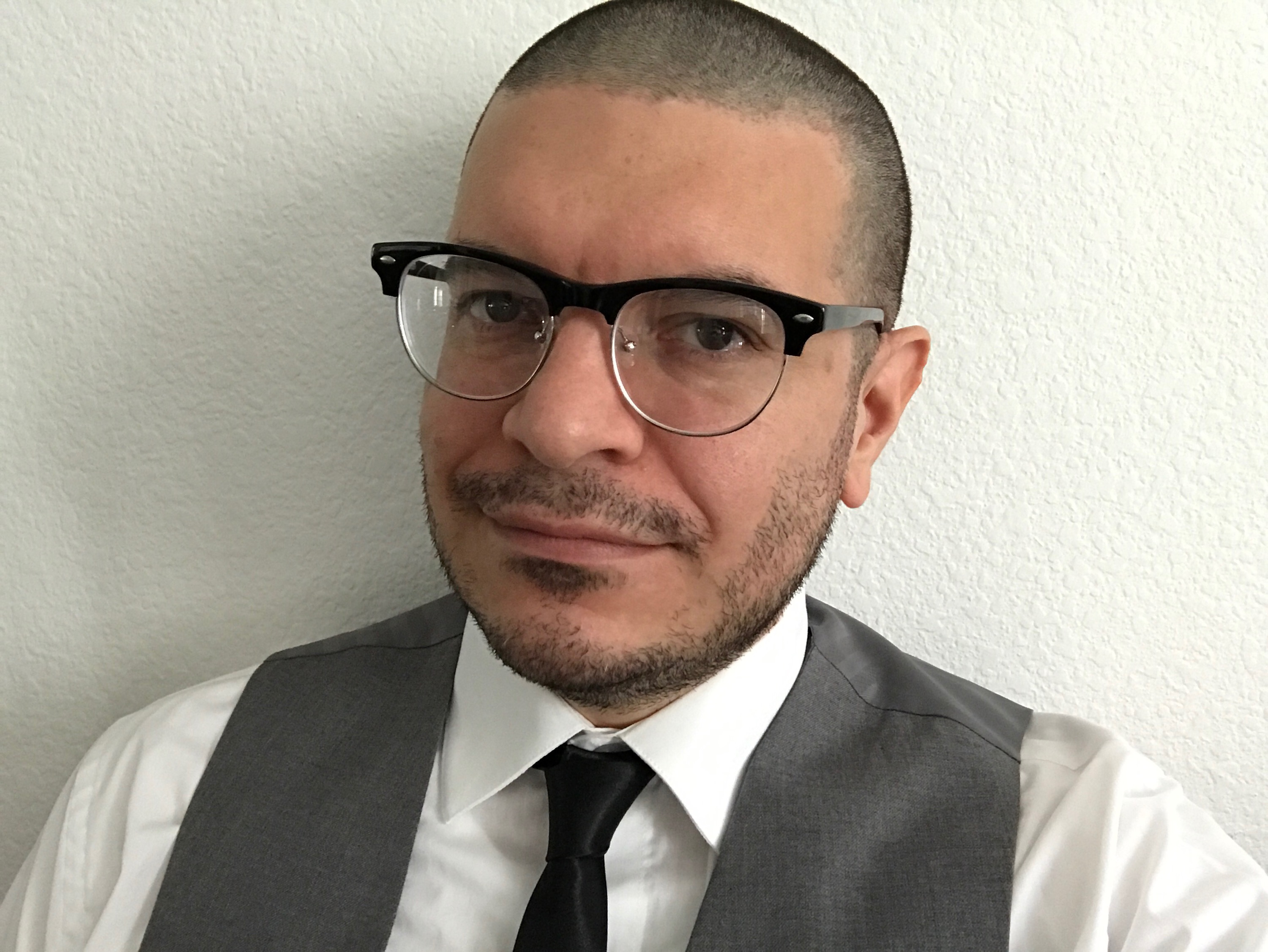 One caregiver's story told through honesty and, hopefully, humor!